Peggy: I've Got a Theory-- The Claustrophobic Muse 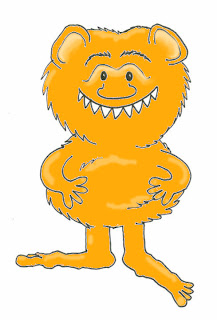 This here is Muse. He likes to live in your brain and talk a lot. Yeah, I know he looks different than you're used to seeing him-- USUALLY he looks like your characters, but that’s because he changes to match the situation. Kind of like a chameleon, only better. Although he can take on the guise of anyone or anything, this is his actual form.

And while he may be adaptable, he’s also extremely claustrophobic.

Muse goes to bed every night in his little room. His bare little room with empty white walls, a white bed, white linens, and even a white night stand. Boring, yes? That’s why he frequently wants to talk to you ALL NIGHT LONG. 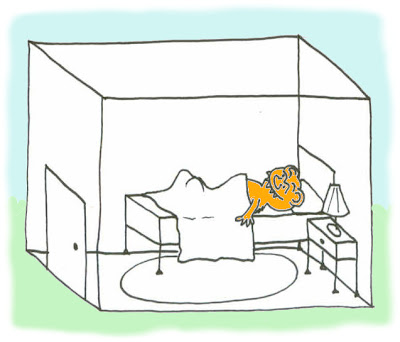 When you call to Muse the next day, his door magically opens, and everything is sunshine and lollipops.

When you don’t.... a lock appears on his door. Did I mention that he’s claustrophobic? A lock tends to make him twitchy. 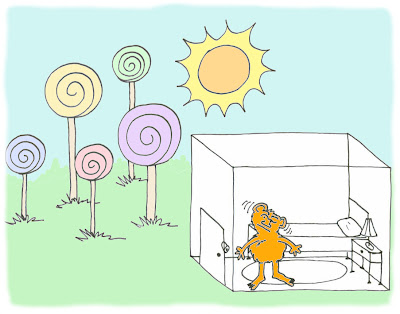 Leave Muse in a second day, and another locked room appears between him and freedom, sunshine, and lollipops. That feeling of being extra trapped makes him frantic. 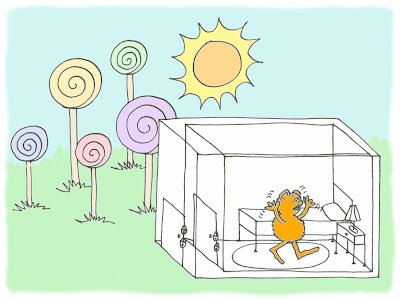 A third day, a third locked room, and Muse is going so insane, he starts bouncing off the walls. 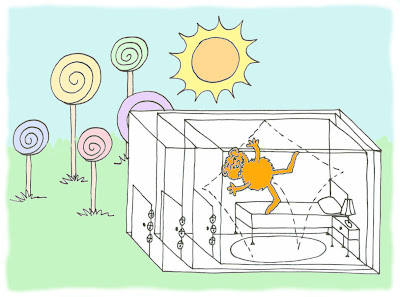 A fourth, and Muse tries to beat the doors down, desperate for escape. 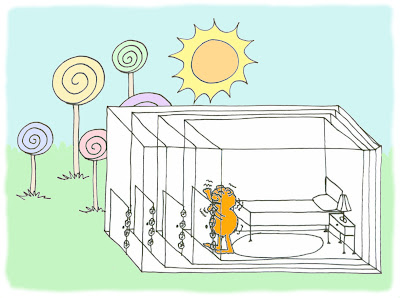 On the fifth day, all the craziness overcomes Muse, and he passes out. Even if you call to him with promises of coming out to play, he can no longer come out on his own. 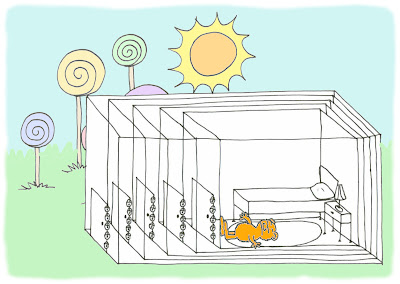 You have to go in after him and lemme tell you: those doors... those locks... they aren’t easy getting past. You have to beat and beat and beat on them one at a time until it breaks down, then you have to step over the splinters and do the same thing to the next door. Door after door until you can finally free him, bring him into the sunshine, and nurse him back to health.

An ignored Muse is a hard-to-revive Muse.

And that, my friends, is why it is good advice to write every day.
Posted by Peggy Eddleman at 5:02 AM 43 comments: