Goodbye 2010, you have been great! My daughter started walking and talking and then running and yelling. I got to go to ALA in DC and BEA here and to SCBWI in Seattle and Houston. I got to attend the Vermont College of Fine Arts mini-res. I met many of my authors for the first time, and signed and sold some new authors.

SHADOWED SUMMER by Saundra Mitchell and THE MORGUE AND ME by John Ford were both nominated for an Edgar.

THE MORGUE AND ME was also nominated for an Agatha.

HOLD STILL by Nina LaCour and GENTLEMEN by Michael Northrop were both on the ALA's Best Books for Young Adult's List.

GENTLEMEN was on the NYPL Stuff for the Teen Age 2010 list.

SECRETS OF TRUTH AND BEAUTY by Megan Frazer was on the ALA's Rainbow List.

CHASING BROOKLYN is also an ALA Best Fiction for Young Adults nominee.

OTHER by Karen Kincy is an ALA Popular Paperbacks 2011 nominee.

Starred reviews for Holly Nicole Hoxter's THE SNOWBALL EFFECT (Balzer & Bray), Jonathan Maberry's YA debut, ROT & RUIN(Simon and Schuster Books for Young Readers), and Dan Wells' debut, I AM NOT A SERIAL KILLER (Tor).
And looking ahead to 2011, there is more good news to come and many books, including five debuts:

Troy Howell's middle grade fantasy, THE DRAGON OF CRIPPLE CREEK (Amulet) out in April, Alexa Martin's YA GIRL WONDER (Hyperion) out in the summer, and Robison Wells's VARIANT (HarperTeen), Jeff Hirsch's THE ELEVENTH PLAGUE (Scholastic) and Marianna Baer's FROST (Balzer & Bray), are all coming out in the fall.

Kristen Tracy's second middle grade, THE REINVENTION OF BESSICA LEFTER (Delacorte) will be out in January and her fourth YA, SHARKS AND BOYS (Hyperion) will come out in June.

Michael Northrop's second YA novel TRAPPED will be published by Scholastic in February.

Brian Meehl's third YA, YOU DON'T KNOW ABOUT ME (Delacorte) is out in March.

Ben Dolnick's second novel, YOU KNOW WHO YOU ARE (Vintage), Dan Wells's final book in the John Cleaver trilogy, I DON'T WANT TO KILL YOU (Tor), Jonathan Maberry's third Joe Ledger novel THE KING OF PLAGUES (SMP) and Leslie Banks's new series begins with SURRENDER THE DARK (Pocket) all in March.

Christine Deriso's YA debut, THEN I MET MY SISTER (Flux) will be out in April.

Jonathan Maberry's stand alone zombie thriller DEAD OF NIGHT (SMP) will be out in the summer AND Jonathan's YA novel, the sequel to ROT & RUIN, DUST & DECAY (Simon & Schuster Books For Young Readers) will be out in the fall. (I am not convinced that Jonathan sleeps)

Brian Sack's second nonfiction book, THE B.S. OF A. : A PRIMER IN POLITICS FOR THE INCREDIBLY DISENCHANTED (Simon & Schuster) will be out in June.

Karen Kincy's BLOODBORN (Flux), the follow up to OTHER, will be out in September.

I will finally make it to the Bologna Book Fair, and meet the other Wells brother in Utah at the Storymakers conference. I look forward to all the surprised of 2011, terrible twos and tantrums and all! Happy New Year!

(Also, I have probably forgotten something! Apologies in advance!)
Posted by Sara Crowe at 2:22 PM 15 comments:

Elizabeth F.: What to Expect When You're...On Submission 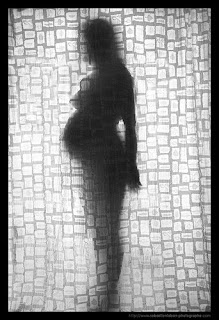 merci a www.sebastienlaban-photographe.com
When your agent tells you the names of the editors on your submission list, it’s a little like learning that you’re pregnant. Male authors should be sure to wallow in the experience, because it’s the closest they’ll come to understanding the personal bouleversement of that other state of “expecting.”

As soon as you hear the exciting news, you do what every expectant mother does: you go online and research the hell out of your condition. You read interviews of each editor, you look at their recent publications, and finally you ditch all decorum and stalk them on facebook.

And then you wait.

Or so it seems. In fact, it’s such a small portion of your life that in Ordinary Time you would have blinked and wondered where those weeks went.

But when you’re pregnant you feel that baby inside you every moment of every day. The expectation weighs so constantly, you start to exhibit early signs of dementia. Where did you put your keys? What was the end of that sentence you just started? Why are nouns suddenly elusive? This causes impatience on the part of your loved ones. They spend approximately no time imagining what the baby looks like, calculating how much it weighs, and wondering whether it will arrive early. The baby amuses them, in small doses. If you talk about it once too often in a given day you will annoy the crap out of them.

Meanwhile, there are internal flips and amniotic hiccups and actual, distinguishable tiny feet pressed against your abdomen that heighten your anticipation to distraction. These are the bits of information that you cajole out of your agent: an editor met her at a cocktail party and loves it so far; another is sharing it with a colleague; it was slated for an editorial meeting, but they didn’t get to it in time. You try hard not to burn the dinner again, and you fail.

Eventually you hear that it has passed its first acquisitions meeting. Panic mixes with joy: this baby is happening to you. But your agent is in charge, and all you can do is work on a different manuscript, eat right, and elevate your legs when they swell.

The sale itself is dizzying: a mystical, euphoric agony that ends like Dorothy’s house thudding in Oz. Your husband pops open the champagne, your writing partners abuse exclamation points, your mother forgives you for ignoring her, and you, who anticipated this the most, are suddenly flummoxed.

In a few weeks the novelty and well-wishers are gone. Your baby is whole and miraculous, but also a little troll-like, you admit. Not to worry; you nurture it until the umbilical stump has fallen off and the facial acne has healed and it’s truly beautiful. This, after all, is your natural sphere: surrendering yourself to your work. You are far better at this than you are at waiting.