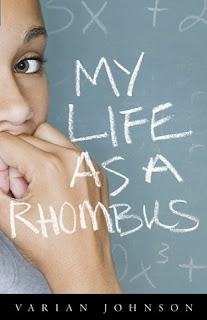 A few weeks ago, a current student of my MFA program asked for suggestions on how male authors approach writing female protagonists. I figured I’d share my response here, as it’s not a topic I’ve seen a lot of on the Internet.

But first, a disclaimer:

In most ways, I don’t think writing across gender is any different than writing across race, or age, or anything else. It’s our job to create a very specific character—not just a girl, but “an eighteen-year-old African-American girl living with her father in Columbia, SC who was encouraged to terminate her pregnancy at age 15 and is still dealing with the emotional repercussions of those actions.” It’s all about the specificity, and if that rings true, everything else will work itself out.

Here are some of the practical things that I do when writing from a female POV:

1) I get feedback from quite a few women beta readers. I try to capture as wide of a cross-section as possible--different ages, different cultural backgrounds, etc. I know that what’s realistic to a 15 year-old girl may ring untrue for a 35 year-old woman. However, if they both call BS on a twelve-year-old girl wearing stilettos, then I know I have a problem.

2) I write a lot of realistic YA fiction, so I read a lot of realistic YA fiction, especially written from the female POV, and especially written by women. I spend a lot of time evaluating the author’s use of language--exploring which words “sound” better in a girl POV. This is so, so, so true when dealing with body issues and sexual relationships. Some of my favorite books to reference include:

3) I explore when things don’t ring true to me. I ask myself if I’m questioning something because (1) I don’t believe that a girl (or a boy) would act this way or if it’s because (2) I don’t WANT to believe that a character will act a certain way.

A slight distinction, but one that makes all the difference.

A lot of people have problems with the blow job scene in Looking for Alaska (I know I talk about LOA a lot, but Green did some really smart craft things in this novel). Some say that this scene doesn’t ring true—that a girl would know what to do in that situation, and that Pudge and Lara wouldn’t ask a friend for advice. However, I think some readers have problems in general with the proliferation of “one-sided” oral sex in YA literature (which I actually have issues with as well). We don’t want to like the scene, or the character, so we label the scene as not ringing true.

I find that responses like this are often the case when we say that a character’s too whiny or needy or mean. For a long time, I didn’t like The Great Gilly Hopkins by Katherine Paterson. I didn’t want to root for Gilly; she was too offensive--almost racist. But that didn’t make her an unbelievable character. Same with “Alice”, the protagonist from Living Dead Girl by Elizabeth Scott. I didn’t believe it because I didn’t WANT to believe it. It made me too sad.I’m not saying that this happens often, but it does happen.

4) I also do as much research as possible. No, I can’t get pregnant, but I can take a pregnancy test. I can walk around in a pair of heels. And, I tie my own emotional baggage (for lack of a better word) to my character. Although my character and I may not share the same “physical” situation, I can use my own experiences to bring emotional truth to the novel. And while boys and girls sometimes act in different ways, I think their core wants--the need to be loved and respected; the need to protect themselves and others that they care about; and so on--are universal.

5) Maybe most importantly, I recognize that each reader will bring their specific backgrounds, experience, etc. to a novel. Something just may not ring true for them. And that’s okay--they have the right to disagree with me. But I hope that my readers are able to see “reasonable plausibility” in what I write. I want a reader to be able to say, “Okay, there’s no way I would have done that at sixteen, but I can see, given the circumstances, why this character did that.”

So, for those of you out there that write across gender, are there any suggestions I should consider adding to my list?
Posted by Varian Johnson at 6:00 AM