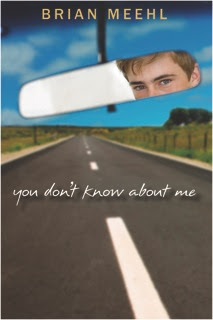 First off, reimagining a classic is not a habit you want to get into. Being known as a writer who cribs every plot and character he comes up with is not a good idea. Yet, sometimes there arises in a writer’s life the urge for a story do-over. E.g. “Romeo and Juliet” transformed into “West Side Story,” Austin’s Emma updated to “Clueless.” So, given Hemingway’s famous line, “All modern American literature comes from one book by Mark Twain called Huckleberry Finn.” (no, he wasn’t quoting Owen Wilson’s character in “Midnight in Paris”) what better book to inspire imitation then the “one book.”

In my case, the urge to riff off Huck Finn Thirty Three Years Among Our Wild Indians by Col. Richard I. Dodge. In 1884, before Huck Finn was published (1885 in the U.S.) Twain read Dodge’s book and wrote about 1500 words in the book’s margins outlining a sequel to Huck Finn. Twain immediately wrote nine and half chapters, just beginning the story. To our knowledge, he never picked it up again. (Life published these chapters in 1969; two writers have attempted to blindly finish the story with the title, Huck Finn & Tom Sawyer Among the Indians.) began when I met a man who possesses a book once owned by Twain:

Twain’s marginalia notes have never been cataloged by scholars, so you can imagine my excitement given the prospect of seeing them. You can also imagine the reluctance of the owner of the Dodge book containing Twain’s notes, Robert Slotta, to show them to me. After all, I was merely a midlist YA author. I needed to bring something to the table.

So I did. I wrote a book proposal to Mr. Slotta in which: 1) the Dodge book with Twain’s notes in it becomes the McGuffin of a contemporary story in which the main character, Billy Allbright, is thrust into a journey that’s as adventure-filled as Huck’s trip down the Mississippi; and 2) the story echoes Twain’s distillation of Huck Finn: “...a book of mine where a sound heart and a deformed conscience come into collision and conscience suffers defeat.” But that was merely my opening gambit.

I then proposed to Slotta that should this first book, Adventures of Billy Allbright, be published, we would strike a deal: he would show me the Twain notes in their entirety, and with Billy Allbright as a modern framing story, we would travel back in time to reveal the adventure Twain had planned for Huck, Tom, and Jim after they “light out for the Territory.” Slotta was agreeable and we drank to our lofty plan over some Mark Twain Bourbon.

Extensive research ensued, which you’d better love if you want to write something that’s true to the spirit, style, and intention of the writer/story you’ve chosen as your muse. I immersed myself in Twain biographies, multiple works of literary criticism, and threw myself into the sea of Twain’s writing, fiction and non-fiction, not the least of course, Huck Finn.

For me, research is a bipolar task. While part of the brain was pickling itself in all-things-Twain, my imagination was constantly letting ideas, character notions, plot twists, and turns of phrase pop from the source material. In this dialogue between Twain terra firma and a writer’s imagination, exciting things began to happen. Questions jumped out like, “Okay, if racism/slavery was the big issue Twain/Huck was grappling with back then, what could possibly be the modern equivalent?” My answer: homophobia. Then another question arose.

From the broad strokes Slotta had provided re Twain’s intentions in the Huck Finn sequel (that Huck and Tom abandon Christianity and convert to an Indian religion) I knew Twain wanted to tackle Christianity (which he certainly did many years later). So, how might I follow Twain’s lead and do the same? The answer caromed off the homophobia idea. My Huck/Billy would be shackled with the homophobia of Christian fundamentalism. And Billy’s journey (along a tarmac river) would be a story in which “...a sound heart and a deformed conscience come into collision and conscience suffers defeat.”

While those were two thematic borrowings from Twain, borrowing can also come from tiny details (especially when you’re a research wacko like me). I’ll provide one example to illustrate how carried away reimagining can get. Whence the name “Billy Allbright?”

In the University of California Press edition of Huck Finn, which reinserted several passages Twain cut before the 1885 publication, there is a ghost story. It involves a raftsman haunted by a barrel floating down the river, following him. When the barrel catches up to him, the distraught man opens it and discovers a dead baby, his own, that he had murdered. The raftsman drowns himself holding the baby. The dead baby is named Charles William Allbright. The father’s name is Dick Allbright. Billy (Charles William) Allbright is my main character; his father, Richard Allbright. In my mind, Twain may have been haunted by the unfinished creation of a Huck Finn sequel, and by never finishing it he smothered it in its infancy.

The above three “parallels” (for lack of a better term) to Huck Finn/Twain were, of course, just the beginning. As the dance between the classic and a new story develops, you must choose what to hold close and what to fling away. And just as the Japanese are famous for “reverse engineering” the American auto business, the reimagining writer must reverse engineer the classic, take it apart, see what works, hurl parts around, and reassemble it into something both recognizable and new.

My proposal for Adventures of Billy Allbright eventually became the recently published YA novel, You Don’t Know About Me (the first five words of Huck Finn). As to a hoped for second book revealing Twain’s original intent for Huck, Tom, and Jim in the Territory, Slotta got cold feet and didn’t wish to share the notes. C’est la vie. For now.

However, I did manage to publish one book, and garnered a review from The Bulletin of the Center for Children’s Books that tells me I did my homework. Here are snippets from it.

Sometimes the remake gets it just right—not only adopting the plot and character arcs that made the first book great but also manipulating the style and sensibilities of the source text to refresh and renew our acquaintance with it, all while creating a story that stands alone on its merits. You Don’t Know about Me, Brian Meehl’s revision of Huckleberry Finn, is one of those. ... Meehl’s engagement with Twain is flawless in all of its layers and facets. ... Clearly, the book stands on its own merits as an exploration of one boy’s quest to understand the seemingly irreconcilable contradictions of his faith, his family, and his friendships, but it will also make young people better readers of the Adventures of Huckleberry Finn by helping them see the ironies and contradictions Twain explored in that book in comparison with present-day contexts.

If just one reader of my book is inspired to read Huck Finn, I would be thrilled to know that this reimaginer was “paying it backward.”