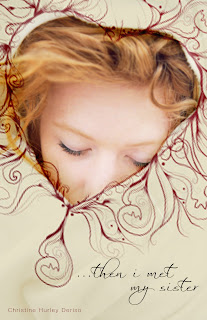 Okay, a couple of disclaimers:

But some of the characters I’ve created for my novels would. Lots of teenagers populate my novels, and teens aren’t necessarily known for the most nuanced of vocabularies.

I’ve had several conversations recently with people who think literature is among the arts contributing to the coarsening of our society. They don’t like vulgar language, or even relatively mild slang, in books—particularly those their kids may be reading.

I totally get that. I’m a mom myself, and I’m the daughter of a mother who grimaced once when I used the word “stink,” admonishing me to replace it with “smell unpleasant.” Her prim New England sensibilities are etched indelibly on my brain. And like my mother, I consider the standard not just a matter of etiquette, but of wordsmithing. Where’s the challenge in settling for language’s lowest common denominators? I’ve tried to set comparable standards for my own kids.

But do I trust that they can hear other people using salty language without following suit? Yes. And time has proved me right. They’re young adults now, and I’ve never heard them say anything that would make their grandmother blush. (Well . . . almost never.)

So how do I feel when they read dialogue coming from my characters’ lips that they could never image their mother saying?

Well . . . fine. First of all, I’m happy the distinction is clear, and second, I consider it my job to create characters who are credible, relatable and relevant. This doesn’t mean all of my characters cuss like sailors (which would be unrepresentative of and disrespectful to my readers), but it means that, by and large, they communicate differently than the middle-aged woman who created them. I think my art demands it.

When I’m writing at my best, my imagination is on cruise control. The characters have taken the wheel, and I’m just along for the ride. But if I start censoring them, the smooth path suddenly seems riddled with speed bumps. That doesn’t mean my characters have carte blanche to act or speak any way they please, but it means I have enough respect for them to be as true to them as possible. And if they are acting and speaking authentically, I think my readers respond to that, without compromising their own values in the process. Indeed, bad behavior in literature tends to cast our own values in sharp relief. It would seem condescending and inartful to give readers any less than a fully realized character, flaws and all.

Consider a scene from my young-adult novel, THEN I MET MY SISTER. The scene involves my protagonist’s frustration that her cold, controlling mother can never let herself be vulnerable, and therefore can never fully connect with her daughter. The mother’s emotional unavailability has no doubt blunted the shattering grief of losing her firstborn in a car wreck 18 years earlier, but this scene suggests the price she is paying:

Mom looks at me squarely. “You saved my life.”

A chill runs up my spine. I’ve heard this all my life, usually from other people: You gave your mother a reason to go on, they’ve said, or, I don’t think she could have made it without you. No pressure there, right?

I squeeze the blade of grass and green moisture stains my fingers. “It freaks me out a little when you say that, Mom.”

“You don’t have to explain,” Mom says, her voice steely.

I stand up abruptly and put my hands on my hips. “I hate it when you do this—shutting me out every time I try to open up to you.”

“By all means, Summer, open up and let me know it annoys you to be told you make me happy,” she mutters to the dirt.

My stomach tightens, and my eyes shimmer with tears. God. I never cry in front of my mother. “I’m not goddamn annoyed!”

Mom turns and stares at me sharply. “Don’t curse at me, young lady.”

I open my mouth to respond, but Mom has resumed digging in the dirt, clawing her fingers into the soil, yanking up weeds and tossing them aside without giving them another glance. Each weed will be purged methodically, systematically, impassively, until her garden is perfect.

And she is finished talking to me.

I think this scene demands the cold-water jolt of harsh language.

And I think my readers can handle it.
Posted by Christine Hurley Deriso at 5:30 AM