Near my house is a canyon. Last winter, I went for several hikes up this canyon. As soon I as I was out of the car, the voices started up in my head. You've probably heard these same voices before. They whisper things like:

You're not prepared. You don't have the right clothing.

The snow is too deep.

It's too far to the summit.

These voices have the most power in the first thirty minutes of a hike. The voices will tell you it's not really giving up if you've only just started. And since you've only invested a small portion of your time and energy, turning around is easy to do.

Sometimes the voices may speak truth. Perhaps you are not fully prepared. Perhaps the way is too difficult.

And it's important to note that in the first thirty minutes you are the most vulnerable. Once I've left my car far behind--and the valley is spread out in my view--I find I can talk back to the voices.

The summit is still too far.

Then I will go as far as I can.

The snow is getting deeper.

You cannot do this.

If I make it past the first thirty minutes of a hike, I can usually make it to my goal. I see through the voices' lies, I've invested significant time and energy, and I plow my way to the top.

I've discovered a similar truth in writing. When you begin a new story, the voices are quick to speak up.

These characters are bland.

The plot is thin.

Again, most of the time the voices lie. But it's easy to stop when you've just begun. It's easy to tell yourself that the story isn't as compelling as you first thought. You haven't invested the time, so it's easy to close the document and move on to something else.

Lower your shoulders, pick a good pace, and plunge ahead. Write the first thirty pages. Ignore the voices and just move forward. Perhaps on page thirty-one, you can start to respond to those nagging doubts.

The characters are weak.

I'm getting to know them.

The plot is thin.

I can do this.

Ignore the voices until you've written thirty pages. Invest the time and effort that your story both deserves and demands. You'll find the next hundred pages will very likely come.

One last thing. When hiking, I've found that at the base of the trail there are dozens of footsteps. The farther you go, the thinner the tracks. One by one, those who have gone before turn around and head back. Eventually, there is an exhilarating moment when you see the last set of tracks come to an end. You look to the trail ahead and see nothing but unbroken snow. 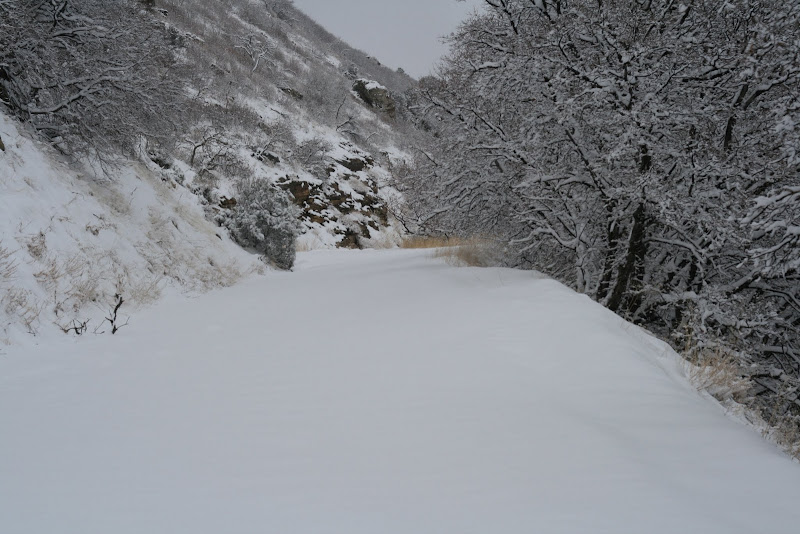 In writing, it's not good to compare yourself to others. There are far too many variables. But sometimes I like to compare what I'm doing now with what I've done in the past. Maybe first the goal is to just finish a short story. Then the goal is to write something longer. Maybe you want to place in a contest, and then come in first. Then the goal may be as lofty as finishing a novel, submitting it, and getting good feedback. Then that happy day comes when you sign a contract, and see one of your books on the shelf.

If you ignore the voices, sometimes you can go farther than you ever thought possible. All you have to do is tackle the first thirty.

Posted by Marion Jensen at 1:00 AM