Amy: Creating a Sense of Place

I have been thinking about place in fiction, research, and how we as writers create a setting or sense of a place that works to build the world of the story. I set my novel Lovely, Dark and Deep in northern Maine having never been to Maine. I had an imagined Maine within me, one that seemed as developed as my protagonist the moment she appeared. I knew little about the actual state, details from a friend raised there and some from reading. As I got deeper into my writing and realized how important place was to the story, I kept photos from the internet open on my desktop, peeking at me around the edges of my manuscript for subliminal inspiration. Some of the images I sought were snowy woods, others were wild, brilliant, thunderous coast shots from places as far up as Nova Scotia. The Maine I was writing was fiction through and through.

Once I had a solid draft I decided I needed to see the place. On a record-breaking snowy weekend in New York City, this former Minnesota girl packed up her car, grabbed fellow Midwesterner and drove through a blizzard to see if this imagined place, this Arcadian Maine, had anything in common with the real one. 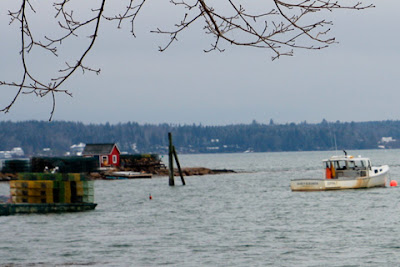 I was pleased to see, at least from an outsider’s eyes, it did. We drove to Portland and further north, shooting photographs of snow-covered firs, skinny islands, craggy black and grey lichen-rich rocks at the edge of the ocean, and some of the small towns dotting Highway 1. I was so happy that the atmosphere of the place seemed to match what I’d imagined that I found myself looking for my characters as if I might actually be able to catch a snapshot or two of them. 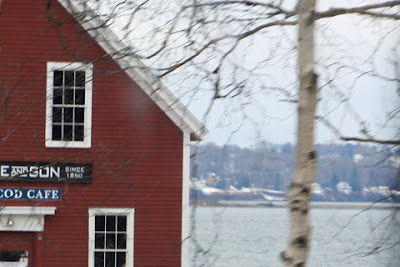 After a great long weekend of poking around, talking to people, taking a ridiculous number of photographs, and eating at crazy good restaurants, I came home with my images and changed my desktop background so I had them ghosting around in the background for subliminal inspiration. 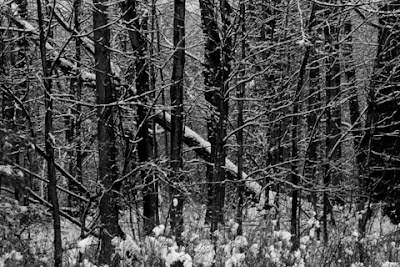 Then something strange happened. I had to take them down, replace them with my earlier finds, the ones I’d selected to match what I’d already imagined. My images of the real Maine, as felicitous as it seemed to find and discover them, pulled me out of the story, disoriented me a bit, anchored me to my own life rather than the lives I was dreaming up. Maybe it was something about how literal they were, how connected to my trip—whatever it was, they prevented me from easily accessing the Maine I’d already invented for my characters. It wasn’t until after working with my marvelous editor that I decided to look at the photographs again. They’d changed. Or more likely, I had. Somehow, over time, they'd shrugged off the literal. Perhaps this was a result of having taken so many pictures I could no longer remember specific details about where I was when I shot this one or that one. Because looking at them, months later, I saw my story. It was as if my eyes, while I was writing the novel, had led me to the shots I wanted and needed, but it wasn’t until I could forget having done the looking that they assume the imagined. This taught me something important about research: I can and need to feed my imagination from the world, but my trip to Maine was really more a confirmation of the power of story than a requirement for tapping into it.