I had a FABULOUS sixth grade teacher. But there was one thing, though, that he didn’t get that writers HAVE to get.


You can't have unfulfilled plot promises.

My teacher made our class a deal. If we met certain goals– really, really hard goals the whole class would have to work for— THE Michael Jackson would come to our class. In all of his sequined glove wearing, king of pop being, video music making glory. We thought about how many hundreds of thousands of dollars it would cost to get him to go anywhere, and wondered how our someone on a teacher’s salary would be able to afford it. Then we wondered if maybe Michael Jackson was doing it as some sort of charity. An encourage-the-youth kind of thing.

But really, we doubted he'd come. So we kept asking, “Is he really going to come here?”

We loved our teacher. He was the type who wouldn’t lie. Still, though, logic led most of us to believe there was a 99% chance that he wouldn’t come. The fact that there was a 1% chance made us work really hard. We met our goal and our teacher announced the day The King of Pop would grace us with his presence. On that day this came to class: 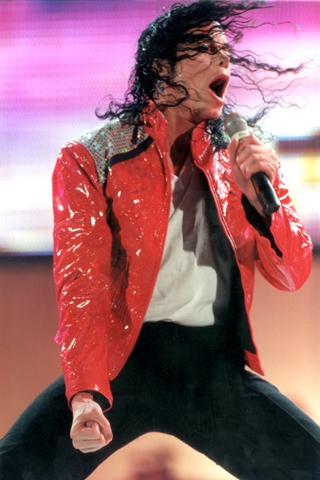 Yep. That’s a POSTER. If our teacher had been a book, we would’ve slammed him shut and hucked him across the room and never picked up the sequel because we no longer trusted the author.

And sometimes, you don't even realize you're making a plot promise! You may mention something irrelevant, but if you place too much importance on it, the reader is going to expect that plot thread to be followed through. How many times have you gotten to the end of a book, and as you're thinking about it after, you think, "Hey! The author never told us what happened with [fill in the blank]! Why did the author even mention it if they weren't going anywhere with it?"

On a scale of 1-10, when you're reading, how much do unfulfilled plot promises bother you?
.
Posted by Peggy Eddleman at 6:02 AM