My latest book, Keeping Our Earth Green has just been released and I am in the midst of planning some fun, eco-action book events at all sorts of places. When my first books were published I planned traditional book signings and events in bookstores, libraries, and schools, with an occasional program at a children’s museum, but when OCEANS was released a few years ago I began to look at my events a little more creatively. This book was truly a labor of love and I really wanted to share it with kids who also loved the ocean. I decided that to reach those kids I would travel to them. Now, of course, OCEANS is a book for kids everywhere, but I knew that kids who were at the ocean would already be tuned into it. I decided to stay fairly close to home and tour the New England coast during the spring April break after the book's release.

After months of planning I finally had the week filled with visits from New Hampshire to Cape Cod. I branched out from traditional venues to places like the Seacoast Science Center in New Hampshire. It was wonderful. Everyone who stopped by was already interested in the subject matter of my book. I had a self-selected audience.

During the rest of the week I visited an aquarium, children’s museum, nature center, and some traditional bookstores. I had a ball. I made many more contacts for future visits and even sold copies of my other books because many of these locations stocked up for my visit.

Later titles found me at zoos, cafes, and even a street festival. When my picture book Pizza For The Queen was released I had one of my favorite book events at an Italian Street Festa. the fact that I was under a tent in the middle of a thunderstorm didn't even hamper it. I ended up selling out of my copies!

So that brings me to my latest titles. I had a blast this week at The River Project’s Environmental Educator’s Expo on a New York City Pier with some pretty colorful characters. (See the photos below) I'm looking forward to the many other places this book will take me and the readers I’ll meet along the way. 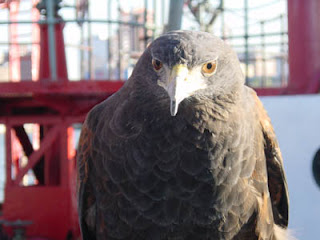 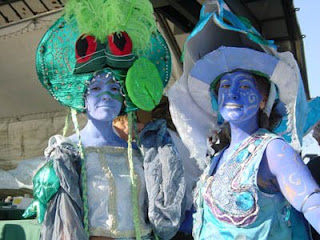