Lisa: What writers can learn from Homeland

Homeland first caught my eye at last year's Emmy awards, where it won a bunch of awards. It was a sweep, no doubt about it. Claire Danes took home best actress, and I've been a fan of hers since My So-Called Life. (By the way, if you write for teens and you haven't ever watched My So-Called Life, get on that. Now!) 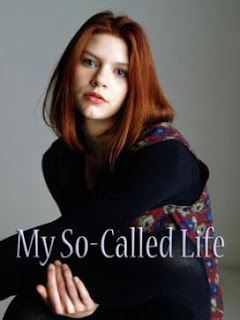 Anyway, seeing Claire up on that stage, talking about her role in Homeland, got the voices going. You really need to watch it, Lisa.

Then I started hearing about it on twitter. And the voices got louder. It sounds so good. Watch it, Lisa! Get the DVDs!

My husband doesn't really understand why I love to curl up on the couch after a hard day of writing and watch TV. The thing is, it's not mindless TV I want. What I want is the same thing I want when I'm looking for a book to read. I want to fall in love with characters. I want a good story. And as much as I love reading, there are times when I'm working really hard and my brain simply can't take any more words on a page.

And so, there is television to give me characters to love and writing to admire.

When a certain on-line retailer put the first season of Homeland on sale for a ridiculously low price, I couldn't resist. I bought it, wrapped it up, and put it under the Christmas tree. I told myself it would be my reward for finishing a really intense editorial revision.

Once I started watching, I could. not. stop.

I think there are probably a whole bunch of reasons why this was the case, but the primary reason was because the writers introduced a mysterious element early on and until I knew the answer, I was haunted by the question. I had to keep watching to find out if Brody, a US marine who had been a POW for 8 years, had become a terrorist or not. Yes, his behavior was odd after he returned home, but was it simply because of how badly he'd been treated, or was there more at work here?

When we're writing, we must not forget the power of the mysterious element. When I first started using the mysterious element in my writing, I didn't even do it consciously. It just happened. I started writing I Heart You, You Haunt Me, and I knew Ava felt guilty for what had happened to her boyfriend, Jackson, but I didn't know why. How had he died? I kept writing, not knowing, hoping the reason would eventually reveal itself to me. In that first novel of mine, the big question, or mysterious element, or whatever you call it, was kind of an accident. And it worked to create great tension. Now, I think about what I can hold back, giving the readers that intense desire to keep turning the pages.

In my latest novel, Falling For You, the reader finds out on the first page that something has happened to Rae, the main character. She's in the hospital, but you don't know why. The story then goes to six months before, when things in Rae's life begin to change. And so it goes, alternating between present day and the months leading up to the accident. The book has only been out a short time, but I've already been told by some readers that the book pulled them in and they had to keep reading to find out what happened.

Watching Homeland solidified in my mind how important it is to have at least one question in your book that looms there, haunting the reader. Keep the reader guessing. Keep the reader's desire to continue to read as high as possible. Yes, you have to have interesting characters and a strong plot and all that other stuff too.

But consider this: I watched five episodes of Homeland in one day. I did not want to do *anything* else. Isn't that what we want people to say when they are reading one of our books?

Posted by Lisa Schroeder at 7:00 AM